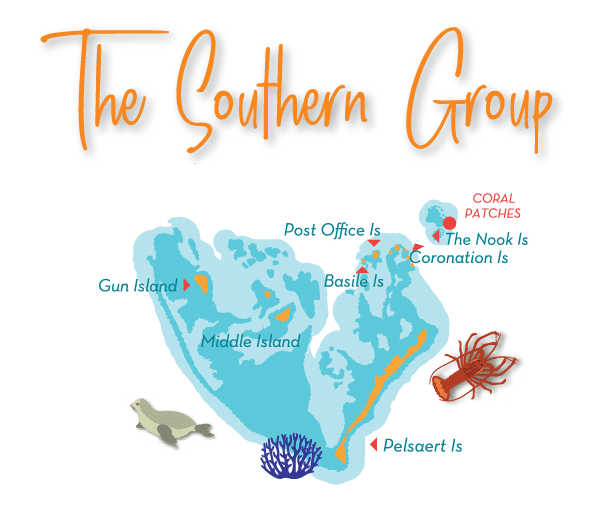 Pelseart Island is the southern most island in The Abrolhos. From the air it’s visually stunning with a long thin island dividing the turquise shallow lagoon on one side and the deep blue open ocean on the other. Guests go ashore at a rocky area lined with fresh oysters to shuck and thousands of birds roosting in the islands centre. The one-way walk takes you along the sandy beach, past resting Sea Lions, a sand spit filled with many species of wading birds, a boardwalk to the ocean side and finally the old remnants of the guano mining era. If time permits, it is great for a swim along the old stone jetty at the end of the walk. If the Sea Lions are around and they decide to join you, then that’s a huge bonus! 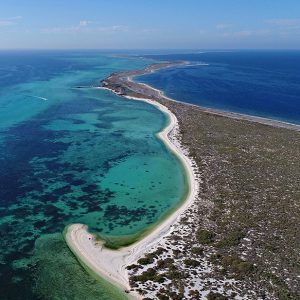 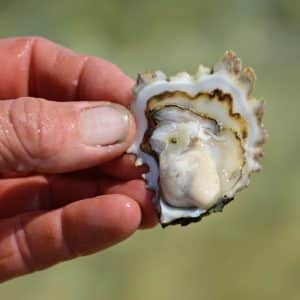 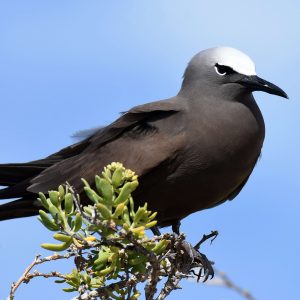 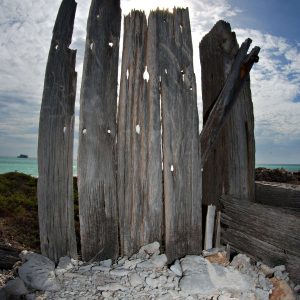 Post office Island offers guests many things to see and do. We are greeted by Jane Liddon and her family who have their Pearl Farm estabished there. Jane will take you on a tour of the farm before we walk right around the horeshoe shaped island past the heritaged listed toilet, many bird nesting areas, monuments, rock cairns and a cyclone shelter before arriving at Janes’ house. Jane talks about the black pearling industry in the Islands, how it was established and how she grows the pearls. Pearls and pearl jewellery is available to purchase after the talk. For those less mobile, Jane’s family will happily shuttle you across the central lagoon in a small boat rather than walking around. After the tour there may be an opportunity for a snorkel and/or a glass bottom boat tour right off the main wharf. The water clarity is excellent and the coral is in great condition. A bonus is snorkelling along the pearl lines and seeing the pearl panels hanging in the water. 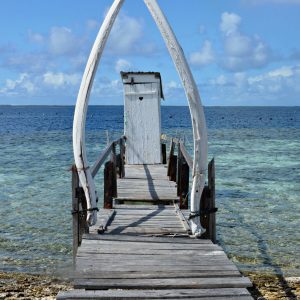 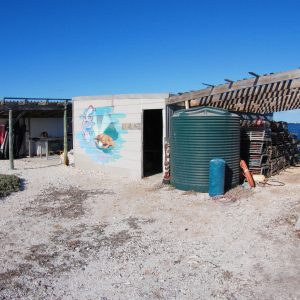 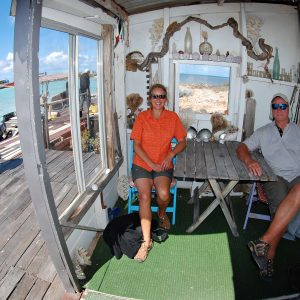 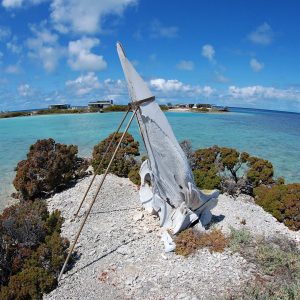 By far the most colourful island in The Abrolhos is Basile Island. This strong and well established Italian Community has some very colorful Crayfishing camps - not to mention the colourful locals!! We are welcomed by Peter and Nino, 2 brothers who share with you a strong Italian black coffee and many stories about the islands history. The island has the only church in The Abrolhos as well as a pearl farm and even a golf driving range. The locals camps are not only colourful but are adorned with amazing art and some very cleaver & resourceful ornaments and furniture. We top it all off with a fish feed under Peter’s wharf. As this is by invitation only, the Eco Abrolhos is the only tour company invited to come onto this very special island. 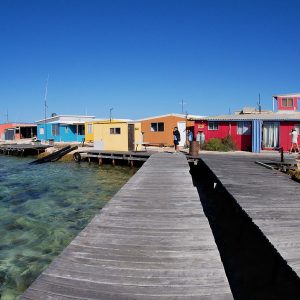 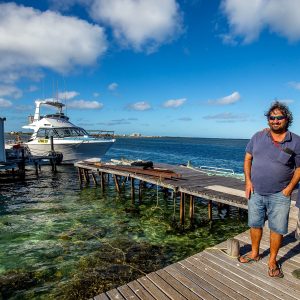 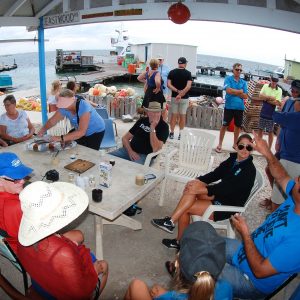 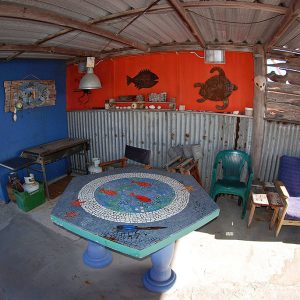 The Nook is a very small coral rubble island with a shallow coral reef that encircles most of the island. The only way in by boat is through a small gap in the reef which opens into a keyhole bay right at The Nook’s wharf. The keyhole makes for perfect snorkelling for all levels. With the protected outer reef, the coral florishes in the shallows and is in perfect condition. Sea Lions often join in for a swim much to the delight of the snorkellers. It’s well worth a quick walk on the rubble island to view the small but colourful crayfishing camps. Glass bottom boat tours are also conducted in the keyhole for those not wishing to snorkel. 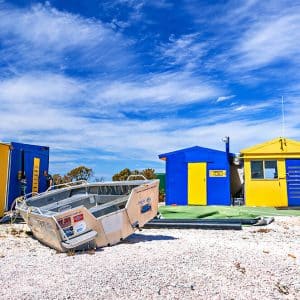 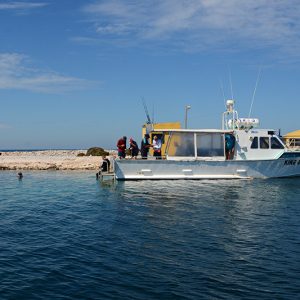 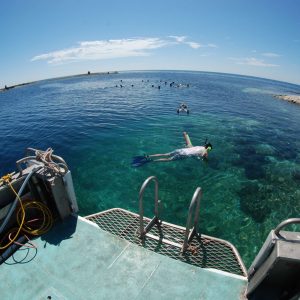 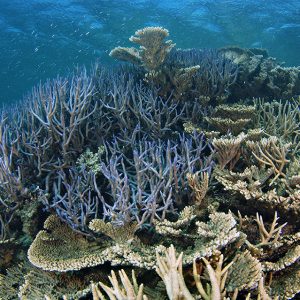 One of the big bonuses of the Southern Group is the fishing and crayfishing. Whilst we fish and pull cray pots daily in all 3 of the island’s groups, some of the biggest fish have been landed in the southern group. Fish like Dhufish, large Snapper and the iconic Baldchin Groper. It’s just as well too as the chef is always keen to get some quality table fish onboard early in the tour so he can start preparing culinary treats for the guests. All fish and crays that are caught are consumed onboard so there is no shortage of some of the best seafood that WA has to offer. 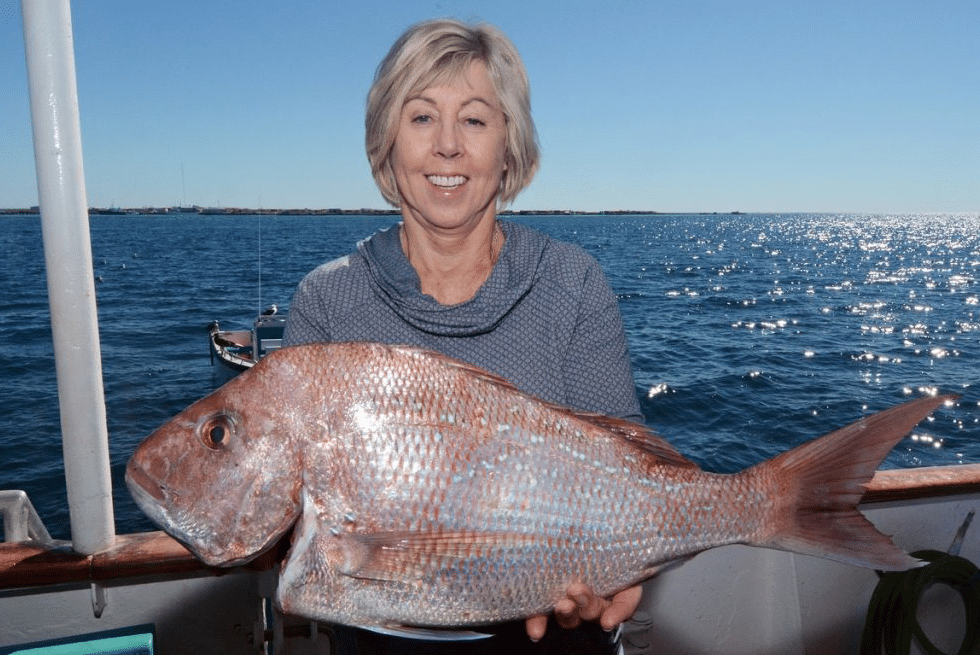 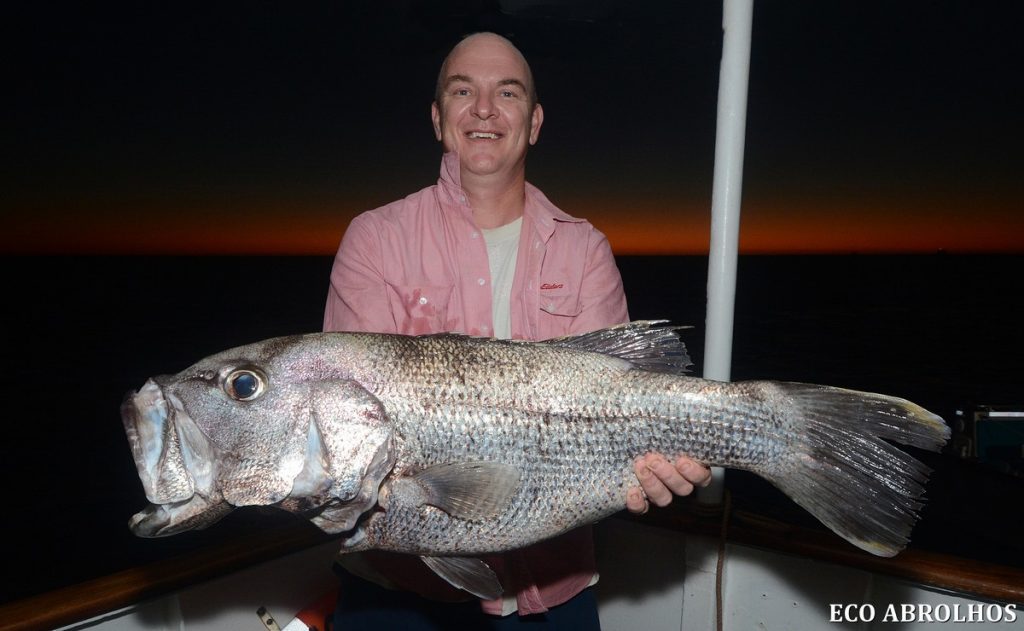 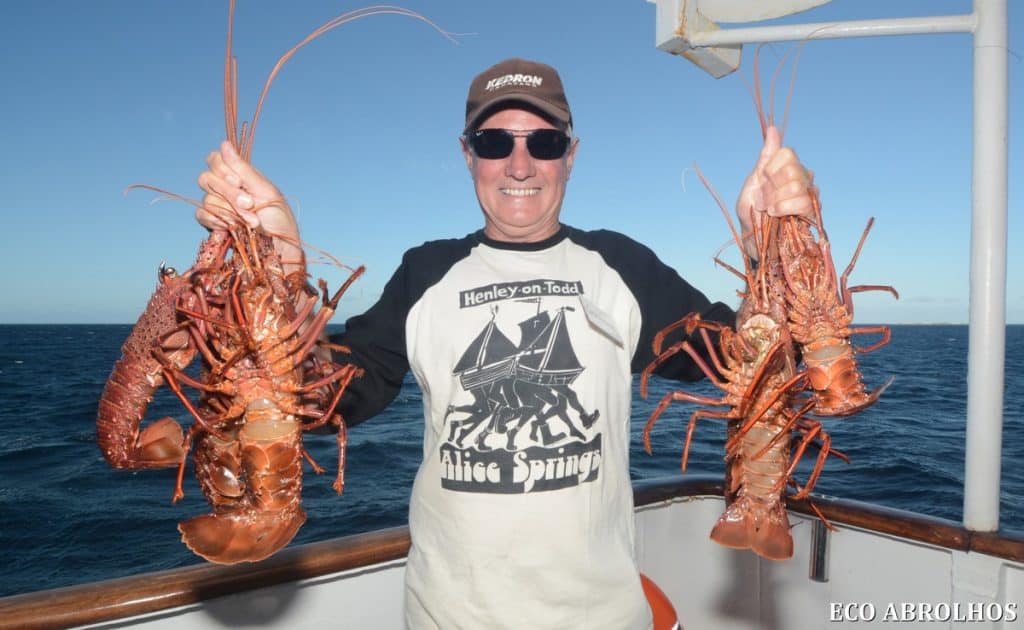 Coronation Island is a small island with 2 old (and usually vacant) crayfishing & pearling camps and a large land locked lagoon right in the centre. The wharf to the island makes for one of the most picturesque photos in the area with its old timber walkway offset by stunning shallow coral reefs over clear sand on either side. The camps are surrounded by old pearling panels, anchors and sheds which are interesting to view and photograph. A bench seat along the pathway makes for a stunning place to watch over the coral and outer reef. The highlight on the island is the feeding of a large land-locked Estuary Cod that has been trapped in the inner waterway for over 20 years. If he is hungry, he’ll take food right out of the staffs hand. The area surrounding the island is also great for snorkelling with the right conditions. 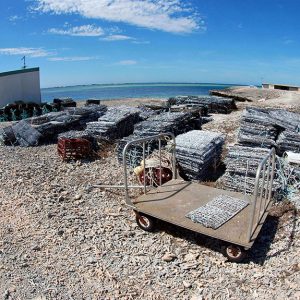 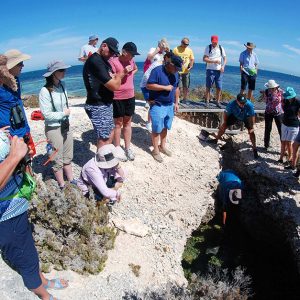 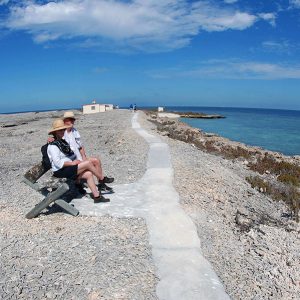 To view all available dates for our Abrolhos Islands 5 Day Tour, please see the Cruise Calender